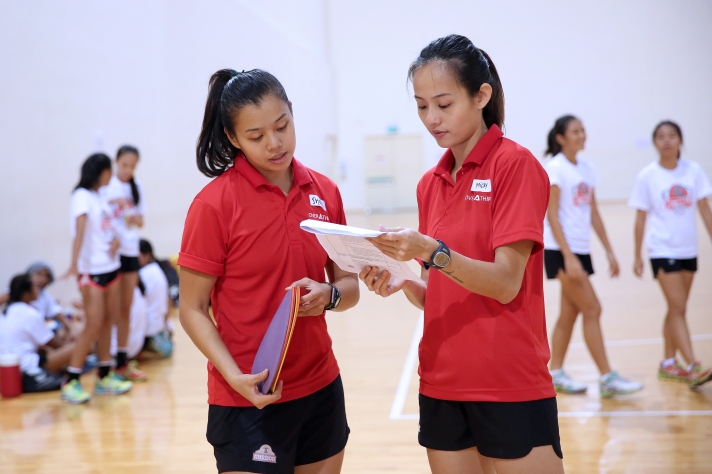 “Taking up netball as a kid was probably one of the best decisions in my life. The sport, coaches and teammates I met along the way kept me on track during my school years. More importantly, the valuable life lessons I learned through participating in a team sport helped build my confidence, leadership and interpersonal skills – many of which came in handy later in my life. Through these camps, I hope to share my experiences – both on and off the court, with the next generation of netballers so they can learn and grow together through the sport we love.” – Micky Lin

“Netball has pretty much shaped and impacted my life in so many ways – from being a player who started out struggling with fitness (to loving it now), selection into the age group squads and national squad/team, gritty comebacks, lessons on perseverance, patience, humility, commitment and ownership, to being a coach, to embracing and loving all these experiences.

To have been at the receiving end of all the coaches and teammates who have instilled the right values, challenged my limits, and have had unwavering belief in me, I hope to be able to empower, inspire, and pass all of it on to all who wants to have a crack at this sport we love.” – Kwok Shuyi